Riley Ferrell of Brownsville Animal Shelter said after the shelter keeper was fired, they were told the dogs would be euthanized.

She points out that according to the city, any animal that arrives at the shelter has seven days to be adopted before being euthanized. But that was not the case.

Ferrell says a letter was written to the mayor of Humboldt about the conditions of the shelter and that a dog had died.

“Way below average,” Ferrell said. “The animals, they weren’t really getting the attention they needed, but it’s also fair to say that there was only ever one animal control officer to deal with the dogs. “

An anonymous source says there were 34 dogs in the shelter with just enough room for 12-14 dogs. The source also says they were getting a $200 stipend every two weeks, but that wasn’t enough to care for the dogs currently at the shelter. Sources say the dogs have been regularly posted on social media sites for adoption. 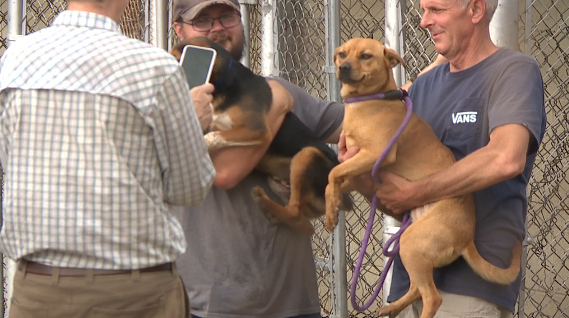 “The goal was to get them out of foster care or offer them adoption situations, and they were communicating that from the start of the adoptions. [were] what’s going on here. This is an all-time high for each animal to be removed,” said Humboldt resident Christine Marrington.

According to Ferrell, every dog ​​at the shelter was brought to the rescue.

Resident Christine Marrington says she wants to see a change.

“Working on those little facets of the city that will really help make it look better,” Marrington said. “It’s something that’s a matter of the heart. It really needs to be addressed in this community to do some real cleaning on it.

We have contacted the Humboldt Mayor’s office for comment and have not currently received a response.

All dogs that have been rescued will be cared for at nearby animal shelters.

For more news in the Gibson County area, click here.

Want a peacock? Adopt one from this NH animal shelter

RED DEER – An animal shelter in Alix, Alta. Is struggling as it suffers an influx of animal surrenders as adoptions and donations slow. Over the past two months, the Saving Grace Animal Society has recorded record animal surrenders. The shelter is operating at full capacity and has a waiting list of several months. â€œRight […]

A Michigan animal shelter has been inundated with hundreds of parakeets. The Detroit Animal Welfare Group in Romeo said in a Facebook post that the first group of colorful little birds were dropped off Thursday evening. “We were also in shock, but we couldn’t push them away as they were all crammed into seven cages […]